You would be forgiven for not knowing who Doxxbet were but they have actually been around for some time. They have high street shops in Slovakia and have been online for ten years now. The site is another standard boring black and grey number. It does have a rather muted background wallpaper of a football pitch but all in all drab is the best way to describe first impressions.
There are splashes of colour with teams in light blue and the sports selections on the left is in maroon. But it is obvious that the template is the same as so many others. The site works the functionality is the same as every other one using the same software or so similar that it might as well be. There is absolutely nothing to make Doxxbet standout.
This Doxxbet review is not all negative far from it the company has had some very good things said about it. It’s just that it looks like it’s another bookies using the same set up as everybody else. That’s the big shame because it is different but the differences just don’t shine through. For example there is a loyalty club. Granted you have to gamble a lot but there are some high end prizes to be earned. For every €0.50 wagered you earn one point these points can then be redeemed for goods in the Doxxbet shop.

The Live Betting Is A Big Plus

The Doxxbet live in-play set up is actually pretty good. The odds update regularly and are not too shabby all the way up to the final whistle. The number of markets available with the live play is not too bad either all things considered. There’s not so many sports covered in the live format either which is a shame. But football gets a good showing as does ice hockey. In general the site offer a reasonable choice of sports.
As the site is European football gets the best of it with most of the world’s leagues covered. But and this is a big one the number of markets available is poor to say the least. If you want to compete you need to offer more than 60 markets on a Premier League match. The odds are standard straight out of the tables dished out to everybody. It seems like so long ago that you had odds makers at different bookies that thought differently but there you go. There’s nothing shocking about Doxxbets prices one way or the other.

Doxxbet mobile app is something worth having it works well. But it does feel much like the site nothing exciting or new going on here. Then we have the promotions. Wow. They look great the Doxxbet bonus for signing up is 100% up to €2000. Then you look into the wagering requirements ouch. The bonus is staggered depending on how much you deposit.
Deposit up to €100 and that has to be wagered ten times at minimum odds of 2.00. Shocking but it gets worse €500 deposit and it goes up to 12 times all the way up to 2 grand and you have to wager 16 times! The bonuses are just not worth having. There are other offers with cash back on losing bets in combos, and a refer a friend bonus too. But then you read the T&Cs for them and it doesn’t matter you will not see anything in reality. 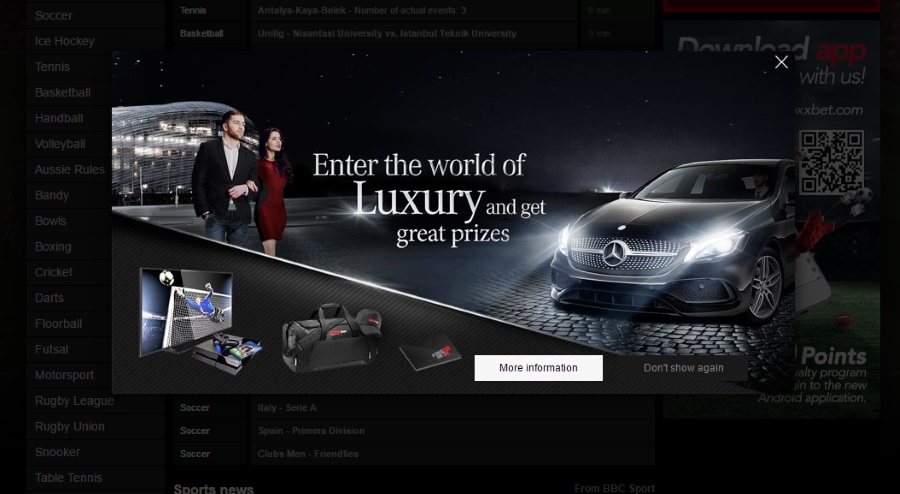 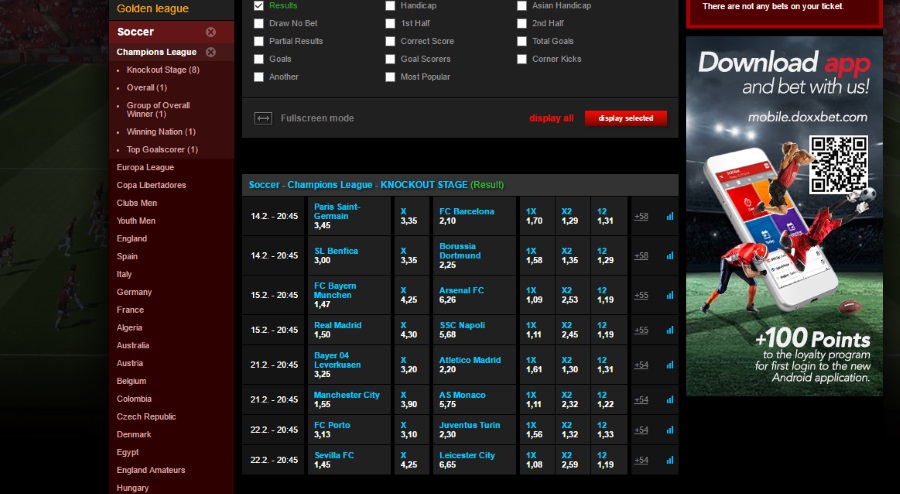 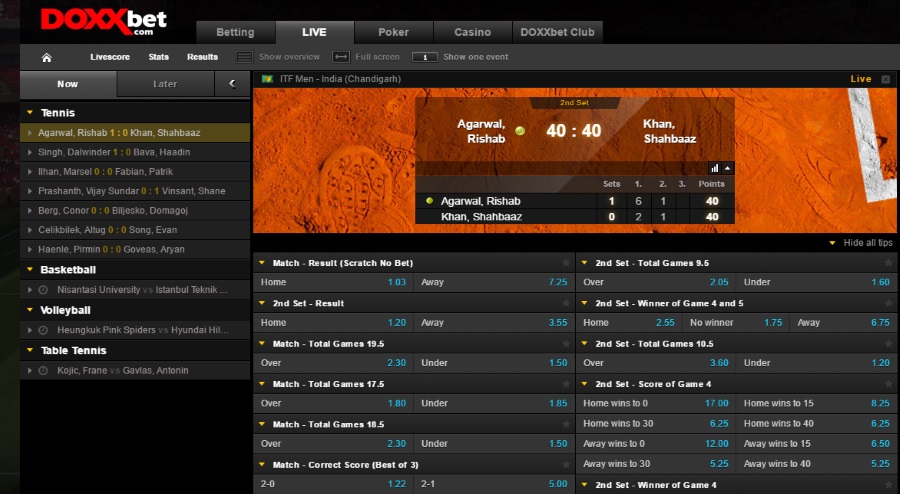 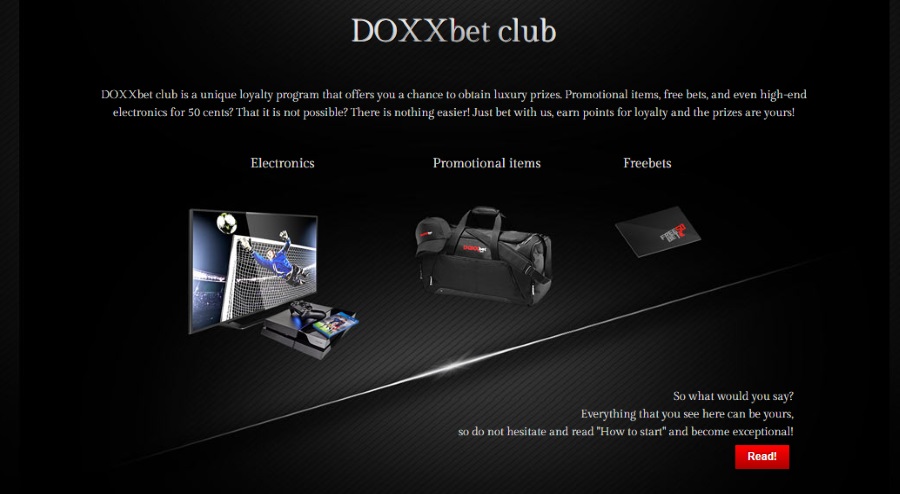 There are plenty of banking methods at Doxxbet and what a surprise they work well. Funny how a bookies can always get that bit right. Payout times are OK there is not much in the way of negative chatter in the forums surrounding payouts. There is a ton of it about the bonuses but we have already gone there. This may all sound a little on the down side of things but the fact of the matter is Doxxbet are not crooks they pay when you win.
Licensed by MGA which despite rumors to the contrary they are still a strong regulatory jurisdiction. The live chat feature is not 24/7 but when within the hours set it is quick and helpful. There are six language platforms with central Europe being the dominating theme. Ironically Bulgarian is one of the languages covered as is Russian and the site is blocked in both countries. Back to the positives if you like poker there is a very decent poker room integrated in the site as well as a casino. Both offerings are far more pleasing to the eye and if you joined the site for poker then went onto the sport book you would probably be less disappointed.

The site works well there is no denying it. There doesn’t seem to be lots of bad press. If the odds were better or if there were more markets available then all of the boring bits could be forgiven. But the fact of the matter is there are so many great bookies out there that happily offer better odds. Way more markets. And don’t insult you with bonuses that are just plain wrong. Maybe we are spoiled for choice and if this was one of just a few then it would be in better standing. But it’s not there are hundreds of better bookies out there.
Doxxbet would not even be a sixth best choice if I was a professional punter let alone someone in it for fun. But that being said if you are a Bulgarian national living in Germany for example there are not too many choices. For central European and especially Slovakian and Bulgarian speakers this is definitely one of the better sites that caters for your languages. If you speak English there are hundreds better. But to have been in business for over ten years in this fast moving and cutthroat industry well something must be right.