Political Betting Is Older Than you Think

You would be forgiven for thinking that betting on a political outcome is a recent phenomenon. It’s not. The market can be traced back to as far back as the 16th century in Italy. The 18th in Ireland and Britain. Canada in the 19th. Even the US had politics betting in the early to mid-19th century. The fact of the matter is we will bet on anything. Even if it isn’t strictly legal.
The mid 1960s in the UK saw the first really big campaign of betting on the outcome of the general election. This came of the back of the recent introduction of betting shops on the high street. The irony is that the chairman of one of the leading bookies William Hill, actually hated the idea of laying odds on a general election. He believed it could influence the outcome.
A high moral stand for a bookie, but he was known for a paradoxical look on gambling. He even disagreed with high street betting shops! The thing is the public love betting on politics.
Political betting has become the leading market in the UK outside of sports betting. Other countries are not so liberal thinking in their attitudes to gambling on political events. It is illegal to gamble on political events in the US and has been for a number of years. Even in the states that allow gambling. That doesn’t of course stop US citizens from doing it. There is a legal loophole using the predictions market. This allegedly gathers important data for academic research. Hmm OK. It seems it is a bit of a grey area. It is perfectly legal in the UK but you should check with local experts before committing any money to this rather fun gambling experience.

British Bookies Will Give Odds On Anything

At the moment there are some bookies offering odds on what can only be described as spoof bets. The U.S. Presidential elections of 2016 have caused quite a stir in the betting world and they haven’t stopped with the results. Now there are odds being offered that Donald Trump will not be inaugurated on Jan 20th 2017. Barring the annihilation of the country there is nothing that will stop it happening this is just absurd it. The same bookies are offering odds that he won’t last a full 1st term.
British bookmakers will offer odds on just about any political decision in the world. The Brexit vote had millions wagered on it. There are sections for Irish politics you can bet on who will be the next leader of Fine Gael or Sinn Fein or Fianna Fail. You can get odds on the next Taoiseach (Prime Minister) or the next President. Or if Scottish politics floats your boat then we have odds on the date of the next Scottish referendum and the result of the next Independence referendum result.
General UK politics has a shifting market there are sections on every election including by-elections and local councils. Want to back who the next Major of Greater Manchester will be? No problem. Without doubt the British public’s thirst for gambling is almost unquenchable. The number over seats to the winning party, overall majority. There are even European Union Specials.

How Do Bookies Fix Prices On Political Events? 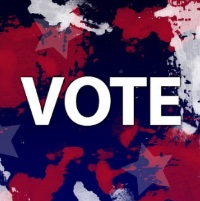 Politics betting is a different animal compared to the average sports wager as such the traditional methods are tweaked but not that much if you understand the industry. It should be understood where odds are sourced in the first place. There are two places basically. First you’ve got traditional bookies be it on the high street or internet etc. Then you have the relatively new betting exchanges where the public act as the bookies and the punters in the same breath.
Traditional bookies tend to get their odds from the market in general, what all the others are offering but here’s the funny bit they tend to lean toward what the exchanges are offering as an average. The widely held belief is that the big exchanges are right most of the time. There is so much money exchanged this way that the markets find their true level.
So for most sporting events the odds makers just look at what the market is saying and put on their profit margin. A lot do the research with a software program and don’t employ people to do it anymore. The major political events are dealt with in much the same fashion. The odds are on the exchanges so the bookies take them and add their mark up. This seems to be a lazy way of doing things but the market is so big it would be foolish to ignore. Where this trips up is the specialist bets.
For example the exchanges will not have a market for who the next Sinn Fein leader will be. The exchanges only have a few political markets usually they like to stick to sports. Even if there was a small market the numbers just would not be large enough to rely on the figure. So in comes the political experts. And as far as a few of the top bookies are concerned things guys are complete political nerds. They attend the most boring functions and lectures. They actually have conversations with politicians! Social media accounts are avidly followed. The politics channel their main TV viewing. They drink in the bars civil servants frequent and buy a lot of drinks and listen to a lot of whining.
The simple fact is more than one or two of them are political journalists earning a second income. So while most sports odds are compiled in a generic manner for the more obscure political events real experts are used.

Political betting is one area where you may be tempted on going elsewhere to gamble rather than sticking to your usual bookies. There are very few bookies offering exactly the same bet when it comes to political betting so shopping around will get you more favourable conditions or maybe the bet will be more tailored to your thinking. Be careful though don’t be tempted to go with an unknown quantity without doing the usual background checks.
Due diligence is often over used in reviews and gambling articles but it is very important. You wouldn’t buy a car without checking on the dealer first. Nobody buys a house without a surveyor’s report. There are so many bookmakers online these days its easy to get lost and confused in the ether. Do your checks, read reviews and forum posts. There’s a huge fraternity of gamblers out there that really do share honest opinions. Just because there is only one bookies offering odds on the particular event you want to back it doesn’t mean they are the right choice for you.
It’s your money and your responsibility to look after it. The risk should be in the actual bet not with who you are betting with. So have a little patience do some reading before you open up a new account. Good luck and have fun.